Last month, Janice McCulley lost some of her inventory and infrastructure when rioters ransacked her Baltimore small business, Belle Hardware. Thanks to a community of passionate customers, though, she didn’t lose much business or much time.

On the night of Monday, April 27, rioters looted and destroyed businesses across Baltimore in the wake of local resident Freddie Gray’s death in police custody. McCulley, who has owned Belle Hardware in Baltimore’s Bolton Hill neighborhood for 38 years, was in her store as usual when things started to get bad. She called 911 repeatedly, and her husband pulled her out of the store amidst pepper spray and chaos when it became clear that no cops were going to show up. From their car across the street, they watched as looters continued to raid the store. Fortunately, they saw a different audience show up by morning.

As early as 7 a.m. on Tuesday, concerned customers and friends – often one and the same – began to filter in, looking for a way to help save the business. They boarded up the broken windows, cleaned up the scattered trash and otherwise showed their support for McCulley. They also remained loyal customers despite the mess, buying gloves, rakes and the like to clean up their own streets and yards.

Shortly thereafter, a group of elementary school students even brought over a handmade poster to adorn the now-boarded-up windows. 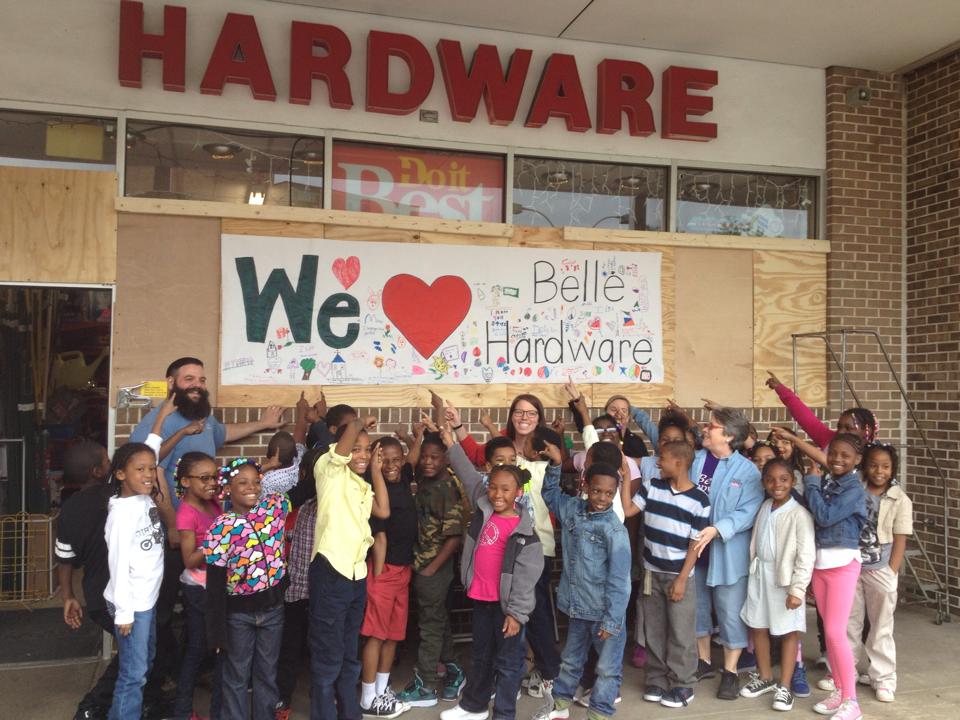 Bolton Hill wouldn’t be the same without Belle Hardware – and customers wouldn’t have it any other way. The story of Belle Hardware shows that small businesses are some of the most valued parts of any community, and that their resilience is important to customers and neighbors.

Independent We Stand is dedicated to helping independent businesses across the country engage their communities and encouraging customers to buy local. If you’re a business owner, get buy local resources, tips and news by registering at www.independentwestand.org/membership/.  Your business will also be included in our ‘locals only’ search engine and mobile app. If you’re a consumer, take the pledge to buy local and find local businesses in your community at www.independentwestand.org/take-a-stand/join-the-movement/.

Alex recently graduated the University of North Carolina at Chapel Hill with B.A.s in Journalism and Spanish.  Since becoming a writer for Independent We Stand, she has fully adopted the ‘buy local’ lifestyle.  Her favorite indie business is Sugarland, a bakery in Chapel Hill, N.C, where she has been known to go a little cupcake crazy. She hopes to attend law school and pursue a career in nonprofit or political communication.