Located in downtown Wellsboro, Pennsylvania, Dunham’s Department Store has seen more than 100 years in business. Dunham’s is one of the only independent, family-owned department stores left in the country. Over the years, the Dunham family has carried its business through a damaging fire, Great Depression and, now, the age of the internet.

“I think retailing is in our blood,” says Ann Dunham Rawson, who now runs the family business with her parents, John and Nancy Dunham. “There’s not a lot of businesses today that can say they’ve been in the same family for 112 years.” 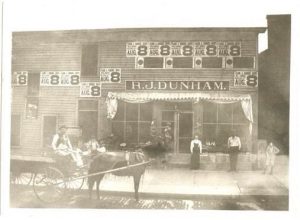 Rawson is the fourth generation of the Dunham family to take part in the retail business. Her great-grandparents, Roy and Fannie Dunham, purchased a half-interest in a small grocery store in 1905. They bought the business outright just a few years later. In 1913, a fire badly damaged the store, but the Dunhams purchased additional retail space to rebuild and expand.

When the Great Depression rolled around, the family business actually expanded again. “My grandfather and great-grandfather wanted to keep people at work during the Depression,” Rawson says. “In 1932, they opened Dunham’s Department Store.” Rawson says it was her great-grandmother who enjoyed that side of the business. 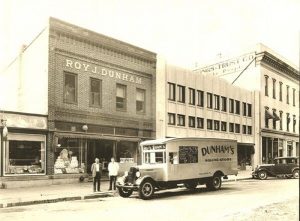 “My grandmother was a merchant. She loved going to New York and making the purchases for the department store, whereas my great-grandfather and grandfather liked the grocery store side of it.”

Over the years, the family business also expanded to include a mill and feed store, a furniture store and a “rolling store,” which was taken out to rural areas to reach farmers who needed to trade. The feed store has since transformed into a hardware store and a member of the Do it Best Corp. co-op. Meanwhile, the furniture store is still in operation and is owned by Rawson’s uncle.

Today, the department store sells recognizable brands ranging from Estée Lauder to KitchenAid. Although the family business has overcome the Great Depression and the 1913 fire, Rawson says the greatest challenge that her family has faced may be the modern-day retail industry. Like many small and independent businesses, Dunham’s must compete against a powerful network of national chains and large online retailers.

“Because of our size, we are really challenged by the internet,” Rawson says. “In order to keep it interesting for customers and vary our inventory, we can’t order the bulk quantities that you need to really have a presence on the internet. We can’t put a shirt online that we only have six pieces of.” 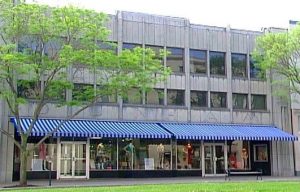 Still, Rawson is hopeful for the future. “We are fortunate to have a very strong downtown,” she says. Located almost equidistant from Philadelphia and Pittsburgh, Wellsboro has a rich history as a trading center in north-central Pennsylvania.

Despite the modern-day challenges, Dunham’s Department Store still runs with the same spirit that motivated the family to expand during the Great Depression. That spirit will likely serve the business well in its next 100 years. For more information about the Dunham family businesses, visit www.dunhamswellsboro.com.