In honor of Fair Trade Month, we would like to share with you the story of Heine Brothers’ coffee. Between their efforts to keep Heine Brothers Coffee (HBC) shops socially responsible, their dedication to donate to local organizations, and their involvement with their local business movement, it’s a wonder Gary and Mike have time to successfully run nine HBC shops!

Avid coffee enthusiasts, Gary Heine and Mike Mays opened Heine Brothers’ Coffee in 1994 because “you could not find a good cup of coffee in Louisville (Ky.)!” said Mays. Their goal was to create an environmentally responsible company that attracted interesting people (employees and customers alike), that could be a neighborhood gathering place where everyone felt welcome and that made a difference in the world. After 17 years in the business, they are still continuing to fulfill their goals.

Running a socially responsible company has always been a top priority for Gary and Mike. Although Louisville does not have a recycling program, Heine Brothers takes the time and money it requires to transport recyclables to their community recycling facility. Gary and Mike are also committed to buying local – 95 percent of the food sold at HBC is made locally.

One of their proudest feats is providing Louisville with fair trade coffee. In 1999, Gary and Mike were introduced to the fair trade movement, which works to ensure that farmers and crafts people are provided a fair wage for their goods. The following year, they co-founded Cooperative Coffees, the world’s first organic, fair trade, green coffee purchasing cooperative. This co-op has given Mike the opportunity to travel the world to connect with coffee farmers while coffee farmers from some of the poorest nations reap the benefits of fair wages and regulated working environments.

Gary and Mike are also passionate about giving back to their community. Each year, Heine Brothers’ donates coffee to hundreds of groups from pancake breakfasts to charity runs. They are so generous with their donations that over the years, groups have come to “expect” that Heine Brothers’ will be willing and able to donate to their causes. Coffee is not all that they donate. For more than 10 years, they have been writing monthly checks to several organizations including The Center for Women and Families and Kentuckians for the Commonwealth.

HBC is a founding member of the Louisville Independent Business Alliance. Mike has been on the board since the organization’s foundation in 2005. “Local businesses give the Louisville community its soul,” said Mike. “There is a depth and richness that can only come from the authenticity present in locally owned and operated businesses. I’m not the least bit interested in living in Anytown, USA and am firmly committed to HBC continuing to Keep Louisville Weird.”

This month, stop by HBC or your local fair trade coffee shop. You’ll taste the difference, knowing that the farmers who produced your morning java were given a fair wage for what you probably consider “liquid gold.” Once you do, nominate your favorite coffee shop or other indie business for “The Indie” at www.IndieBizAward.com. 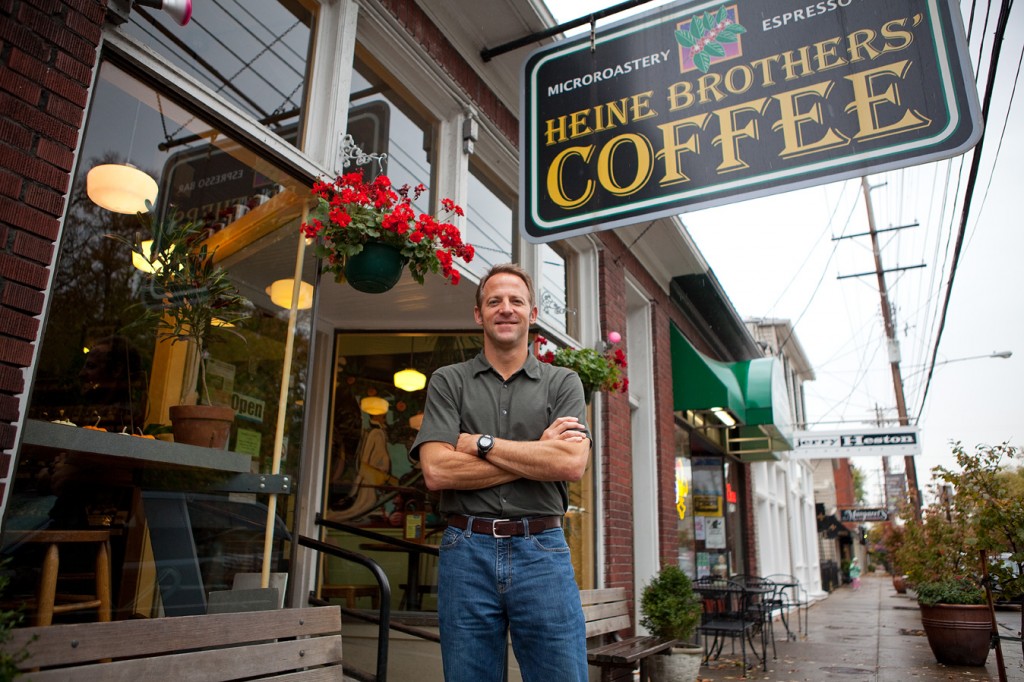