The Apple Doesn’t Have to Fall Far from the Tree

“An apple a day…” We all know the phrase. We all know what it means. Right? Eat fruits and veggies everyday, and you'll be a healthier person. And I'm sure that we can all agree that this old adage is true. Most all studies on one's diet in relation to their health unequivocally show that a diet high in nutrient-dense fruits and vegetables can not only prevents health problems, it can even reverse them!

You might ask yourself, “Is this guy really going to say that eating an apple (or substitute for your favorite biological, vitamin, mineral and nutrient packed item here) could actually either harm or benefit others, a neighbor, even someone in another country?” That's right. That apple you just ate, in July, in Virginia, was most likely grown, picked, processed, packed, stored and trucked to an airport or shipping facility in Washington state, then flown here, trucked again, stored and then finally tossed into the produce section of the grocery store where you purchased it. All this for an apple?  What exorbitant lives of luxury we live!

Beyond our own flamboyance, we must consider the immense use of non-renewable resources to get this stuff here and the pollution that creates. More than 2,000 heat records were broken over the past week across the US. Could that apple you just ate be contributing to global warming? Gas prices are at a national average of $3.38. Are we paying more and more for gas each year with every bite of an apple we take?

Now let’s say that (insert delicious, nutritious fruit or veggies here) you just ate was grown, picked, washed and – get ready to have your mind blown – eaten! What if you knew the guy who grew it, picked it, washed it and sold it to you, from the farm right down the street, who employs people in your community, who purchases products from other local businesses in your community, and who grows a cornucopia of nutrient dense, seriously fresh, natural food that makes you a better, healthier, happier person? Did we just find the solution to climate change? I don't think so, but what you do when you use the above scenario to procure your apple a day is good for you, as well as everyone else, rather than purely good for you.

This scenario most likely sounds very familiar to those of you reading this blog, so let's take a different spin on the whole "buy local" movement and the reasons for it. It's one that may not be talked about often or enough, one that is controversial and one that is highly important. Everyone is talking about buying local, even as businesses whose main objective is to sell, but what about "selling local?" What are the effects of mass production large-scale companies who are selling to other countries? Recently there was an article in a Virginia newspaper that touted "Virginia farmers are feeding the world," displaying detailed graphs from the Virginia Department of Agriculture and Consumer Services. The article says that $2.4 billion dollars in agricultural products were exported internationally from Virginia in 2011.

The article goes on to say that "$500,000 was squeezed from last year’s state budget to hire trade reps in China and India, where they’re hawking everything from Suffolk peanuts to Albemarle County apples." When it comes to growing food, they know what they're doing, and have been doing it for a very long time. And with one of the world's fastest growing population rates, a sound and sustainable agricultural system is obviously extraordinarily important. Yet since 1997, there have been an estimated 200,000 farmer suicides in India. This staggering number has been attributed to several factors which all lead to the expansion of large scale agricultural companies with little knowledge of the Indian system marketing and flooding the market there with products that have failed, as well as the import of scantily taxed agricultural products with which local farmers simply cannot compete. Is the expansion of our local and state economies more important than the livelihoods, and actual lives, of the people who are buying our products? Are we starting to realize just how interconnected this world is? All I can say is, if there was a doubt in my mind that selling a product to someone may cause them or anyone else harm in any way, I wouldn't do it. And maybe one of the reasons I can confidently say that is because the product that I sell I also happened to grow, pick, wash and deliver to the customer. So I know where it came from, the process it went through and if there could be any possible dangers to the customer or possible corollary dangers to others. Small independent businesses can do this.

And this is not just a problem in India. Over the past 13 years I have been traveling to Haiti on a somewhat consistent basis to work on various projects with my nonprofit organization, Community Development International (CDI). Walk into any market there to buy what is the country's staple food, rice, and you will see bag after bag of American rice. Years ago there were no bags, just locally produced Haitian rice. I've heard stories of whole warehouses filled to the brim with this stuff, just to be distributed to every market throughout the country to sell cup by cup. What used to be a robust business is now a lost art as Haitian rice growers just cannot compete with the low priced imported rice.

As farmers growing all natural produce at New Earth Farmin Virginia Beach, VA, it's a no brainer for us. We're a small business that does not use chemicals or preservatives selling perishable products. We need to move our products quickly while maintaining freshness and quality. The best way to do this? Sell to the people closest to you. Not only does this create the best possible product for our customers, but also ensures that how we do business does not produce negative effects on anyone. And, we'll even provide you with all the tools necessary to grow it yourself, and teach you how to do it! Last year, New Earth Farm partnered with CDI to create what we all believe is one of the most important aspects of what we do – an educational center to teach people, hands in the dirt, how to do this for themselves. We don't want or need to be a conglomerate mass production operation. We want people, communities and the rest of our interconnected world to be healthy all the while making sure to give back to the most important resources of all, mother earth herself and ultimately us humans inhabiting her.

So, what to take from this? 1. Know that even our most simple actions, such as eating an apple, can have many other and far reaching effects. You know the whole "a butterfly flaps it's wings" saying. 2. You do have a choice here. Whether you are a consumer or a business and consumer, you have choices to make that don't just affect your bottom lines, yet have drastic domino effect-like consequences.

As Charlie Chaplin wrote in the speech for his starring role in his 1940 film The Great Dictator, "We have developed speed, but we have shut ourselves in. Machinery that gives abundance has left us in want. Our knowledge has made us cynical. Our cleverness, hard and unkind. We think too much and feel too little. More than machinery we need humanity. More than cleverness we need kindness and gentleness. Without these qualities, life will be violent and all will be lost."

Maybe buying and selling local, creating our own local economies of scale where communities, not large scale businesses, can decide how fruitful they will be, is not the immediate answer to the global problems we face today. But looking at the statistics that organizations like Independent We Stand make public, it certainly can’t hurt. 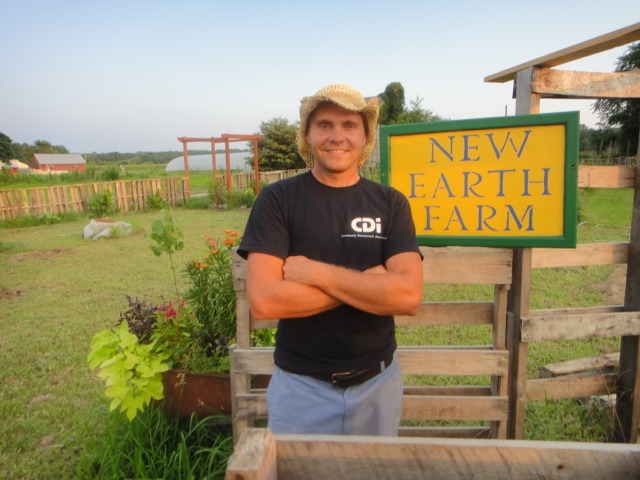