We kicked off the road trip in New Orleans, where we jumped right into the indie scene of this iconic town. Mahony’s Po Boy Shop was the first to welcome us to the city and we were blown away by their fresh ingredients and southern hospitality. With a long week ahead of us, we made our way to the Bourbon Orleans Hotel in the French Quarter, a historic locally owned hotel that is part of the New Orleans Hotel Collection. Dinner came from Luke on St. Charles Avenue, where the local seafood was out of this world!

Day two had us heading to Beloxi, Mississippi with a full schedule of indie businesses. First up was Jerry’s Lawn Mower, a locally owned and operated STIHL dealership that’s been supporting the Mississippi Gulf Coast for over 42 years. Next on the agenda was Coastline Home & Garden Supply in Gulfport. The good people at Coastline are new friends of Independent We Stand who carry Devoe Paint, America’s paint brand since 1754. Lunch was served up hot from locally owned Darwell’s Café in Long Beach. Man, were those some tasty ribs!

We stayed in Beloxi on our third day of the road trip to watch the STIHL Offshore Racing team compete in the 9th annual Smokin’ The Sound Speedboat Race. The STIHL team took home the Super Boat trophy and we got to spend the day basking in their glory.

Day four was back on the road as we made our way to Destin, Florida, where the beaches were beautiful and the locals were welcoming. We had a great time interviewing the owner of Blast Arcade and Lazer Maze, and then caught up with the friendly owner of Sandestin Clothing Company, finished up at the Sandestin Golf and Beach Resort. We managed to squeeze in two more interviews before leaving town, one at Coastal Equipment Rental and the other at Elephant Walk.

The next day we were back at it again, this time en route to Tallahassee. After a long drive, we were ready for a local lunch and Piggy’s BBQ hit the spot. After lunch, we got back in the car and went straight to our first interview of the day at Southside Mower. Up next was Tallahassee Dodge Chrysler Jeep, where we had some fun trying out our “Honk if you buy local” decals on the different cars. We finished up at Hotel Duval, where we filmed our last interview and called it a day.

Atlanta was our final stop on Road Trip 5.0 and there was so much to do, we stayed for two days. We stopped in and saw our old friends at Hall’s Flower Shop in Stone Mountain, then headed over to Duluth, where we covered two interviews at once with Howard Brother’s and Highgrove partners. We finished up with Premium Members, Abbadabba’s. The next day, as exhaustion set in, we enjoyed one last local lunch at The Greater Good BBQ. We were honored to meet with the folks at the Big Green Egg, whose ceramic cookers are only sold through independent dealers.

From the southern hospitality, to being front row at our first speedboat race, to enjoying all the BBQ our hearts desired, it’s hard to choose a favorite part from this trip. But, hands down, the best thing about this trip was meeting independent business owners and hearing the enthusiasm in their voices as they described their piece of the American dream. To see the glimmer in their eyes as they show you around there pride and joy. To hear the emotion in their voices as they share the struggles of the past few years. It makes all the hard work and grueling travel schedule worth it.

We kept it all local all the time, proving that it is possible to “stay indie” while traveling. The Independent We Stand mobile app was a HUGE help along the way for finding locally owned restaurants, hotels, and anything else we needed on the road.

We had a great time and have plans to do it again and again. We'd like to say a special thanks all the merchants we interviewed and to the fine folks at Big Green Egg, Devoe Paint, and Chrysler Commercial Vehicles. Without their help it wouldn't have been possible. And we'd like to thank the crew back at the Independent We Stand offices - you guys rock! 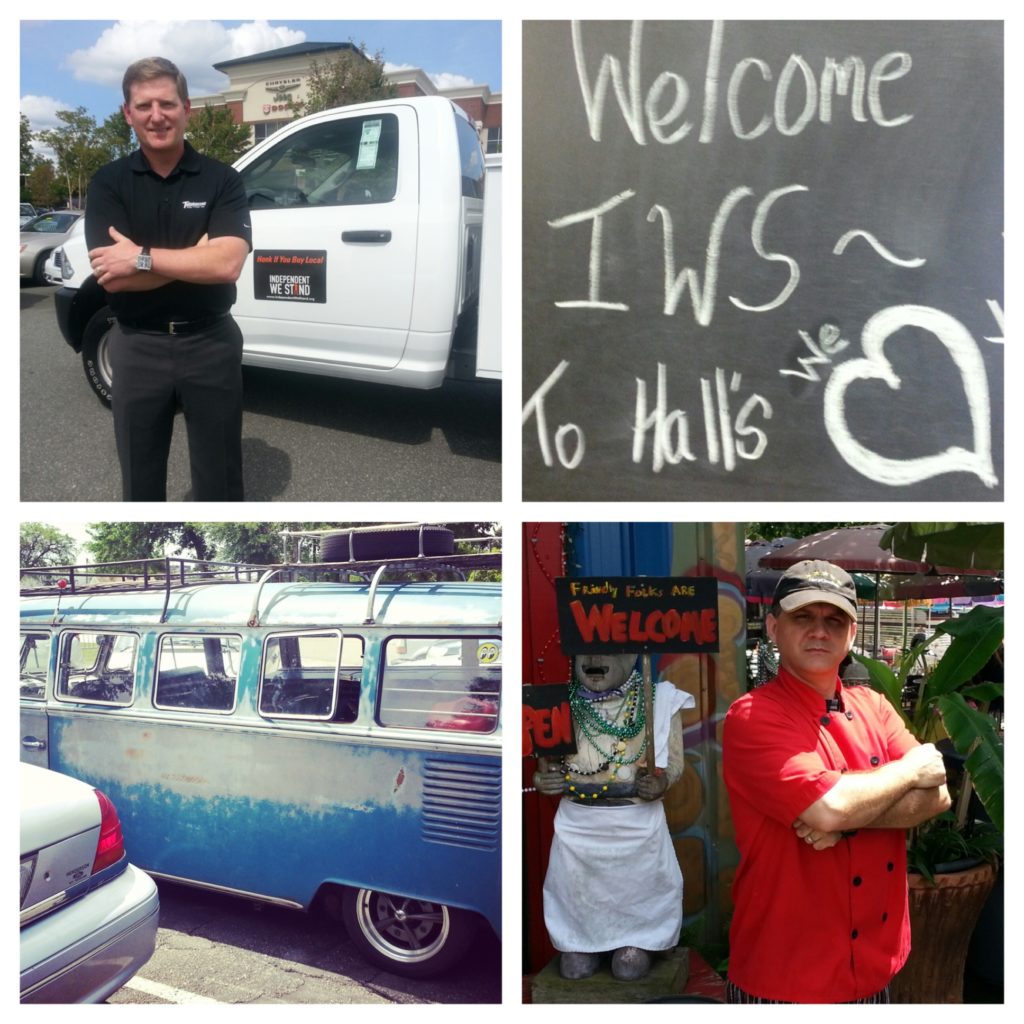