In 2011, Howard Brothers Hardware was selected as the winner of the First Annual Independent We Stand "Independent Small Business of the Year Award." This was based on their above and beyond attitude toward customer service and community involvement.

Brothers John and Doug Howard of Howard Brothers Hardware reconfirmed our belief that they deserved Independent We Stand’s first ever ‘Indie Award’ when they informed us of their decision to share their prize with fellow finalist, Mummphy's Book Nook. Howard Brothers’ already had a website, so they donated the “Small Business Web Starter Package,” from Launch Interactive to Mummphy's, which did not have a website at the time. Mummphy's owners Jon and Rose Mumford were blown away when they heard the news. Here’s a look at the website: http://www.mummphysbooknook.com/.

It’s businesses like Howard Brothers Hardware that motivate us to continue to spread the buy local message. 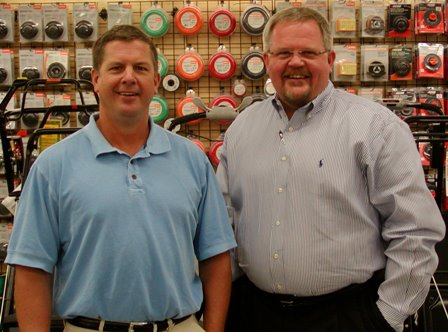