From Ashes to Award Winning: A Father/Son Success Story

When Marty Bursky’s entrepreneurial fever took hold in the early 1990’s and he decided to open a lighting company, he had a certain vision in mind of what his store would look like.  Cleveland Lighting kept in line with his vision for almost 15 years, until a fire destroyed the entire showroom.  Although the fire devastated Marty’s showroom, Marty and his new business partner, his son Matt, decided to turn their misfortune into opportunity. The building that contained only ashes and rubble two years ago is now an award winning lighting showroom that houses more than 2,000 light fixtures from across the globe.

Marty received the phone call that would forever change the fate of his store one mid-February morning in 2009.  The initial shock was overwhelming; luckily, Marty had Matt to help ease the blow.  Within three weeks, they were back in business in a temporary showroom three blocks away.  The father/son duo began going over plans for the renovations of their old store almost immediately.  Marty’s mantra is “embrace change” and that is exactly what they did.  Instead of keeping in line with traditional lighting store layouts, they decided to revolutionize the way they designed their store.

For inspiration, Marty and Matt toured more than 20 lighting showrooms across the nation.  It was when they reconvened in Ohio after their cross-country tour that they had their epiphany: display the lights as clients would in their own homes.  They did away with grids suspended from the ceiling by chains and went with drywall ceilings, which created a sleek and elegant look.

Although Matt had been working with his dad since he graduated from college in 2003, this project brought them even closer.  They overcame the fire that destroyed Cleveland Lighting as they knew it, and opened their doors to a state-of-the-art showroom they designed together in November of 2009.

Marty and Matt’s hard work paid off.  Their newly renovated, 10,000 square foot lighting mecca recouped its 2009 losses and then some.  Cleveland Lighting was presented with the 2010 Showroom of the Year Award for Most Significant Accomplishment by Residential Lighting magazine and was a finalist for Dallas Market Center’s 22nd annual ARTS Award.

Today, Marty and Matt are giving back to the community that has supported Cleveland Lighting for more than 17 years.  They are developing a scholarship for college students studying design in the Cleveland area.

Cleveland Lighting is a member of Lighting One, a cooperative of independent lighting and carpet retailers.  As an independent retailer, Marty and Matt understand the importance of buying local.  Matt believes independent businesses are the lifeblood of our economy in any city or town in our country, and he is absolutely right.  This Father’s Day season, spending is expected to reach $11.1 billion.  If each of those dollars was spent in a locally owned, independent store, more than $7.54 billion would be reinvested directly in local communities across the country.  To learn more about buying local, visit independentwestand.org

Would you like to see your business featured in our next “Merchant Member Spotlight”? Email your story to info@IndependentWeStand.org . 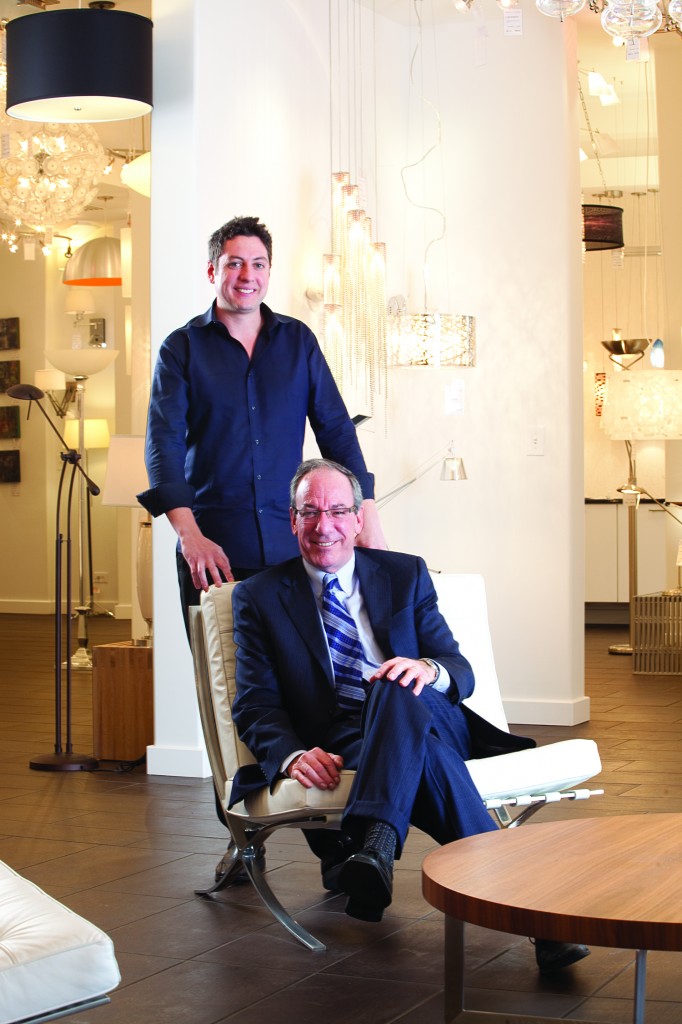