Where You’re Always a Neighbor, Never a Number

Coastal Office Products has been serving the Hampton Roads area of Virginia since 1992. When John Willcox took over in 2006, he knew he'd have to compete with mega-giant national office supply stores. “Big box advertising had rendered the independent dealer invisible and hijacked our own value proposition,” according to Willcox.

So, Willcox started with a splash. He re-branded the company with a sunny new logo, wrapped delivery trucks in bright colors with “Buy Local” on every side, and clearly defined what made Coastal a better choice than a Big Box. Coastal's products and prices are essentially the same as a mega-giant, but Coastal adds what it calls “Home Team Service” to every order.

Home Team Service clearly defines the superior service that only a local, independent dealer can offer it customers. HTS has several components but Willcox says ,“It boils down to the simple truth that Coastal exists to serve its local customers and community rather than Wall Street shareholders.”  Coastal's slogan, “Relax...We Got It!” is intended to convey the result of Home Team Service: customers with total confidence that Coastal will always come through for them.

The Buy Local message is resonating in the marketplace more strongly now than ever before according to Willcox. He says younger buyers are thrilled to learn an independent office supply channel even exists and are often eager to make the switch.

Willcox believes office products are the perfect place for a business to start to a buy local initiative because independent dealers sell exactly the same products as national chains, “And when a buyer realizes that superior service saves money and time, they'll look for more local suppliers.”

Willcox is a strong believer in buying local in both his business life and his professional life. He ensures that Coastal uses local vendors whenever possible. Another benefit of working with Coastal Office Products is the bag of locally sourced Jody’s Popcorn you receive with each order. Even when these vendors invite Willcox to dinner, he requests they dine at local restaurants such as Lynnhaven Fish House. Coastal Office also donates to local organizations like the Children’s Hospital of the Kings’ Daughters (CHKD) and Special Olympics Virginia

Civic Economics, an economic analysis and strategic planning consultancy, released a study comparing the local economic impact of an independent office supply company in Arizona to that of Office Max. They found that 33.4% of a locally owned office supply company’s net revenue remains in the local economy, versus only 11.6% of Office Max’s revenue. Had they chosen a national company without distribution centers in Arizona, the differences numbers would have been substantially more significant, returning only a percentage of delivery service charges.

Would you like to see your business featured in our next “Merchant Member Spotlight”? Email your story to info@IndependentWeStand.org . 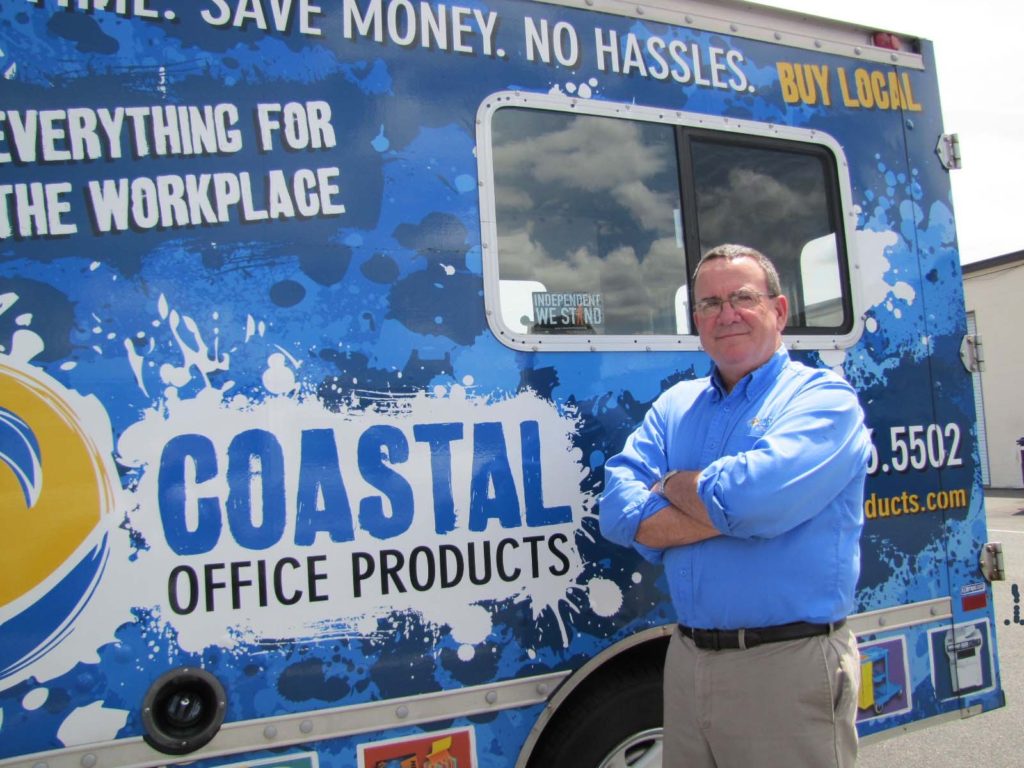