The Value You Want; The Service You Deserve.

We’ve said it before and we’ll say it again – it’s businesses like these that inspire us at Independent We Stand to do what we do. Mrs. G TV and Appliance has been a staple of central New Jersey for 77 years. The third-generation, family owned retail store is continuing to live up to the exceptional reputation it has garnered over the past seven decades.

In 1935, Abe and Beatrice Greenberg opened New Jersey Plumbing in Trenton, New Jersey. Times were tough during World War II and when the soldiers returned, the Greenbergs knew they needed to expand their inventory. Mrs. G had a way with customers and developed a reputation for being both friendly and knowledgeable. In 1950, the Greenbergs decided to rename the store Mrs. G TV and Appliance in order to incorporate their new market and capitalize on Mrs. G’s power to draw in business with her vibrant personality.

Fifty years later, Mrs. G recruited her granddaughter, Debbie Schaeffer, to run the business. Prior to Mrs. G’s, Debbie worked as a civil engineer on many residential and commercial construction management projects before taking a few years off to raise her twin girls. When she began working with her grandmother, Debbie quickly learned to love retail. The fact that she still has the opportunity to work with builders, designers and architects has made her transition even easier.

Hearing all of the stories from generations of customers who admired and loved Mrs. G is Debbie’s favorite part of carrying on her grandmother’s legacy. It has been two years since Mrs. G passed away and not a day goes by without a customer telling Debbie “Oh, I miss seeing your grandmother sitting in her chair. She was such a smart business woman with a heart of gold.”

Mrs. G’s legacy is what has allowed Mrs. G TV and Appliance to stay competitive in an over-saturated market. Within a half-mile radius, there are seven big-box appliance and television chains. People come to Mrs. G’s because they know it’s the only store in town with unbeatable prices and unmatched customer service. Mrs. G’s employees are all expertly trained to help customers make decisions on the best products for their budget. “When we ask our new customers how they heard about us, the most common answer is: a parent, friend, neighbor, realtor, designer, architect and/or contractor,” said Debbie. “A customer referral is the most effective form of marketing and THAT is the key to our success!”

Debbie believes it is important to give back to the community that supports her store. She does this by donating appliances to local schools, hospitals and even baseball teams. Last October, she held a “Paint Our Fridge Pink” contest to raise money for the central New Jersey chapter of the Susan G. Komen Foundation.

As you may have guessed, Debbie is very passionate about the “buy local” movement. “It is the locally owned businesses that are devoted to their community and who care to give back. As locally owned businesses end, we are slowly losing our sense of community.” Debbie’s competitors’ customers find out just how important buying local is every time something goes wrong with a newly purchased appliance and they are referred to an 800 number without so much as a live operator. At Mrs. G TV and Appliance, Debbie and her staff take care of their customers before and after the sale. 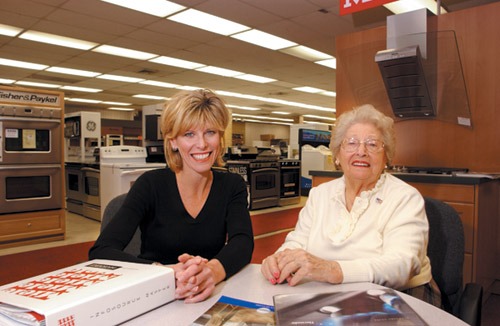 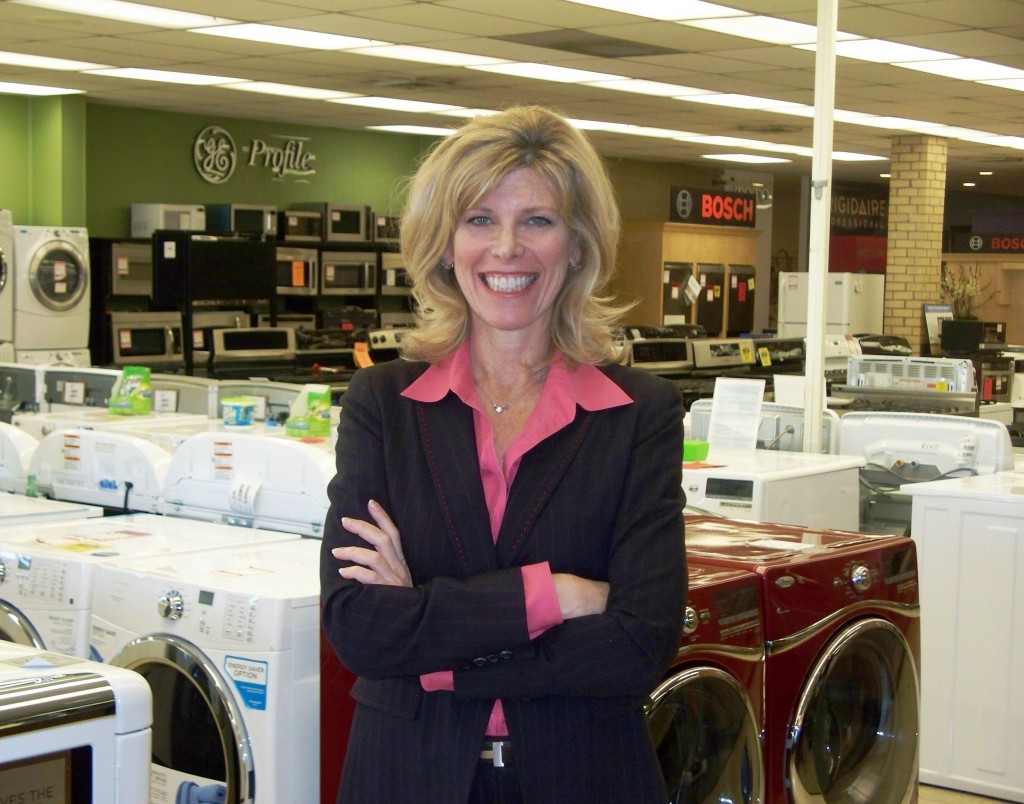