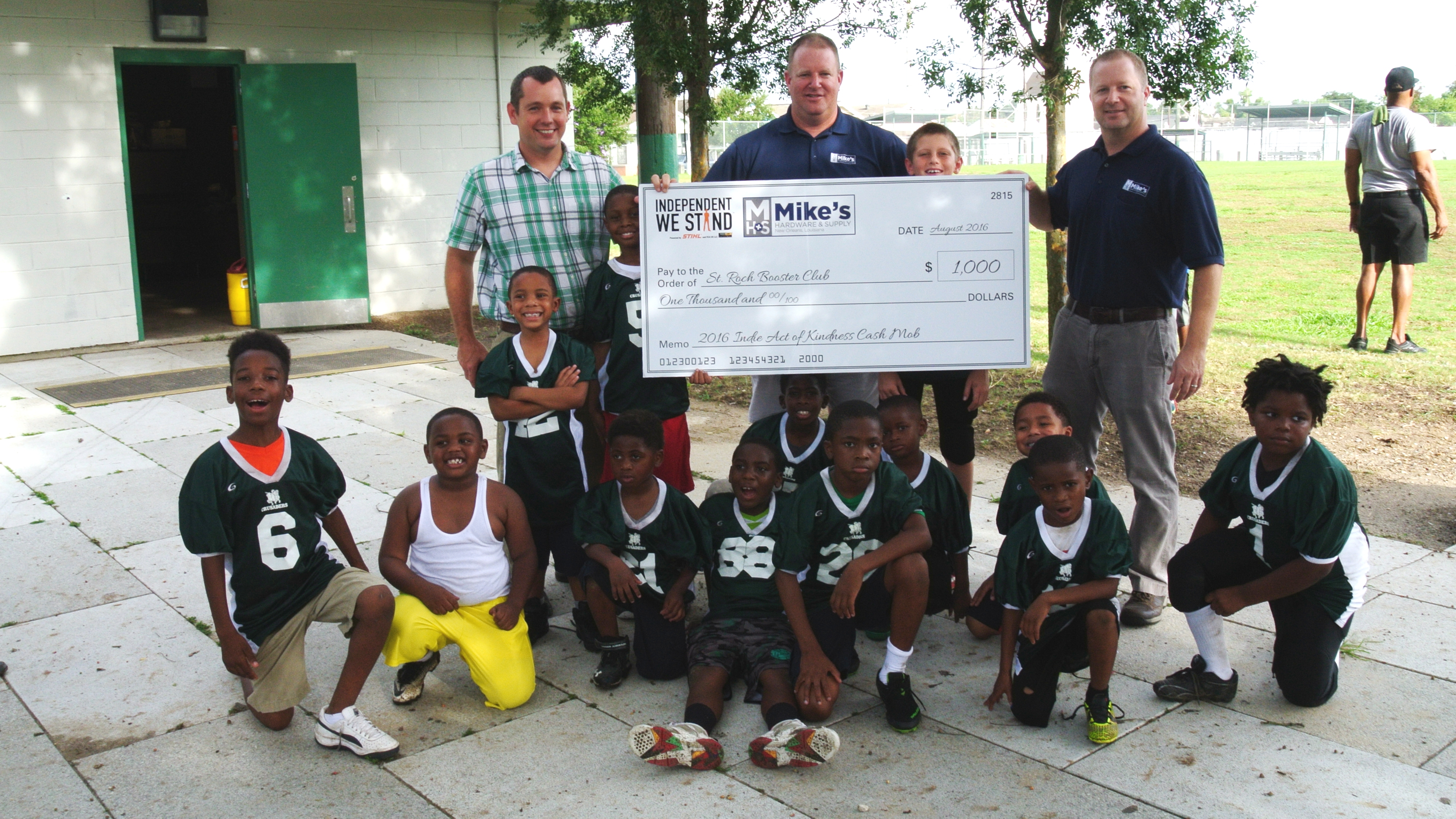 Four times a year, Independent We Stand honors a worthy small business with a unique opportunity to give back to the community. The quarterly cash mob gives the selected business a $1,000 check to present to a community organization of its choice. This month, PPG Pittsburgh Paints dealer Mike’s Hardware & Supply in New Orleans, Louisiana, has made the donation to a nearby playground, furthering the community revitalization efforts that the family-owned hardware store has become known for.

Mike’s Hardware and Supply selected the St. Roch Booster Club for its cash mob donation. The booster club supports the St. Roch Playground, which is located just a few miles from the store. “The St. Roch neighborhood has seen its struggles over the years, but it has also seen some positives,” said Lee LaFleur, who owns Mike’s Hardware and Supply with his brother. “We are involved with several larger non-profits, but we think the money will go further with a smaller, grassroots organization.”

It doesn’t get much more grassroots than the St. Roch Playground. According to LaFleur, the money will be used to purchase athletic equipment and sports jerseys for the neighborhood children who play in the park’s grassy fields. Although the park is a longtime landmark in the historic St. Roch neighborhood, it underwent a significant renovation in 2013 to repair damage caused years earlier by Hurricane Katrina. After the unprecedented storm hit New Orleans in 2005, the park served as a parking lot for FEMA trailers, as flooding from the storm devastated the neighborhood surrounding the park.

Mike’s Hardware and Supply had a similar experience in the wake of the storm. As LaFleur recounted ahead of the storm’s 10th anniversary last year, his family’s hardware store was the first business in its neighborhood to reopen, thanks to its position on higher ground. “We saw a surge in business as soon as we opened,” he said. “We were busy, but it wasn’t the kind of busy you wanted to be.” Local residents came to the store for everything from demolition tools to a working restroom.

First responders used the LaFleurs’ property as a home base in the midst of a flooded city. The brothers spray-painted a large red “X” on the ground so that rescue helicopters could land there. The family – and the business – was on the front lines of the recovery effort in the city it had served day in and day out for decades.