In 1976, John Magnotto borrowed money from relatives and moved his family from Ohio to North Dakota to reinvent a small business. Now, it’s been nearly four decades, but the same family and the same team are still carrying on his work.

John purchased an existing distribution company based in Fargo, North Dakota in 1976 and turned it into Northern Plains Distributing, a family-owned wholesale appliance, outdoor cooking and electronics distributor. John’s son, Andy, later took over the family business and has expanded it to include a facility in Milwaukee, Wisconsin. From these locations, Northern Plains now serves a wide area that includes North Dakota, South Dakota, Nebraska, Minnesota, Iowa, Wisconsin and Illinois. But as the service area has grown, the company’s core team and traditional values have remained the same.

“Working for a locally and family-owned business like Northern Plains Distributing is just different,” says Cole Hektner, Outdoor Products Manager “You are offered more than just a 40-hour work week and a paycheck.”

The difference that Northern Plains makes is evident in the loyalty and success of its team over the years. John started and ran the business for more than 26 years before passing it on to his son. Even in retirement, John still serves as a voice of guidance for and an ear to listen to Andy. Similarly, Dave Thompson, the company’s current CFO, started working for Northern Plains on day one with John. He started out in the warehouse but worked his way up to CFO during his 39 years with the company. Bob Schempp, who also started in the warehouse, has committed more than 13 years to Northern Plains and is now a sales manager.

These are just a few examples of the longstanding relationships that Northern Plains has had with its employees. Yet while each of these employees has worked his way up the ladder over the years, no one has truly worked himself out of his original position, no matter what the title says.

“Everybody does whatever it takes to get the job done, starting with Andy,” Hektner says. “Although Dave is CFO in name, to this day he will still do anything that needs to be done, and you may even find him working in the warehouse from time to time.”

Just like its commitment to a great team, Northern Plains’ commitment to its customers and their communities has remained strong over time. Northern Plains has remained family- and locally owned over the years, and John and Andy have always chosen to distribute exclusively to independent retailers. In this way, the Magnotto family and the company it has built are committed to independent retail and the communities they support. The company also stays connected to its growing network  by supporting other local and family-owned businesses whenever possible.

“It’s just good business and the smart thing to do,” says Andy Magnotto. “It always pays off and comes back in growth, networking and contacts for new opportunities.”

Northern Plains’ united team has seen the difference that a strong local business has made in their lives, which makes them eager to bring that same level of comfort to customers.

“It’s about relationships,” Hektner says. “We are really a relationship business, a people business. Our sales team and inside team engage our customers and vendors with a personal touch, and that makes a difference.” 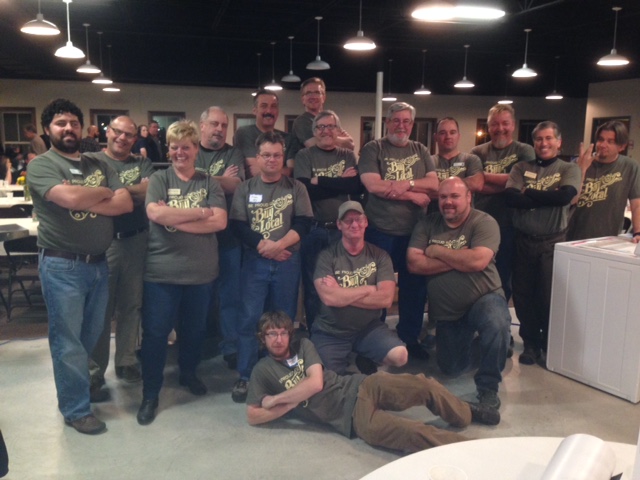 Northern Plains Distributing serves more independent retailers and communities than ever before, but the team has never lost sight of what’s important: making it a great place to work and keeping things local. For more information about Northern Plains, visit www.northerplainsdistributing.com.

Independent We Stand is dedicated to helping independent businesses across the country engage their communities and encouraging customers to buy local. If you’re a business owner, get buy local resources, tips and news by registering at www.independentwestand.org/membership/.  If you’re a consumer, take the pledge to buy local and find local businesses in your community at www.independentwestand.org/take-a-stand/join-the-movement/.