Keeping Louisville On Their Feet

Competing as a local runner through high school and beyond, Larry explains how his parents, Ken and Sylvia Combs, opened the running store in 1980, well aware of community needs that national chains were failing to meet.

"Louisville needed a better selection of running gear and expertise," Larry says. "Only one store existed at the time."

In the 33 years since its founding, Ken Combs Running Store has supplied Louisville not only with the goods and services local runners need to succeed, but also with a greater sense of place and purpose to help unify the community.

"Volunteering at races and events has been terrific." He says, "No one does more for festivals, church picnics, or civic fundraisers than the small business."

People in the community seem to agree, voting Ken Combs Running Store the "Best of Kentuckiana" sporting goods in a survey conducted by the local ABC News affiliate.

But Larry is also aware of the fact that the community is comprised of individuals, each unique and to whom he's ready to give special attention when needed, such as a woman with a leg length discrepancy who died some years ago but is still remembered fondly.

Larry says, "At that time we did shoe modifications," explaining how much he enjoyed driving the nearly 20 miles to her house with four or five pairs of shoes in tow for her to choose among.

"We’d sit and have a soda and some home made pie." He adds, "She was widowed, alone, on a fixed income, and loved to spin a good deer-hunting story."

In addition to working closely with individuals and training groups in the community, Larry allies the store with other local small businesses for their mutual benefit.

Ken Combs Running Store is a member of the Louisville Independent Business Alliance, an organization that raises awareness about how vital independent businesses are in defining the unique character of Louisville's community and the value they provide. 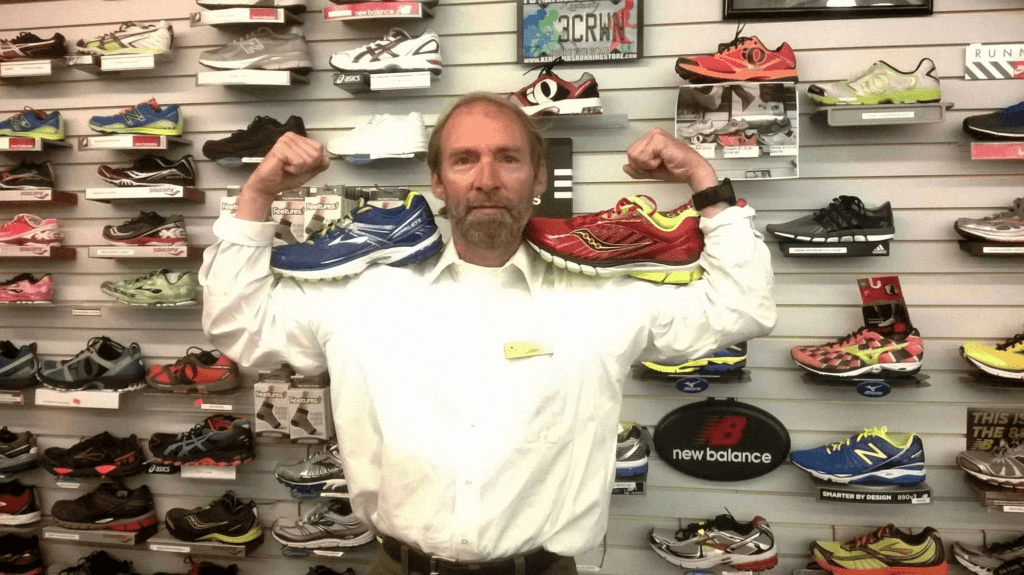