The Man Behind The Grammy

Have you ever wondered where those little golden trophies that solidify success in the music industry come from? They are not mass produced in some factory overseas, and shipped back in time for the big show. They are made in Ridgeway, Colorado by an American manufacturing company called Billings Artwork.

John Billings is the man behind the Grammy, or “The Grammy Man” as he is known in his hometown. John learned under the apprenticeship of the original Grammy maker, Bob Graves, and took over the business after Graves passed away.

The American Craftsman Project is an online collection of images by photographer Tadd Myers, that celebrates the craftsmanship of this generation. The site did a feature on John, or “The Grammy Man” in a series of photographs showcasing his work on the iconic golden figures. Click here to see more photos, like the ones below. Then be sure to check out Tadd's new book, Portraits of the American Craftsman when it is released on November 12, 2013. 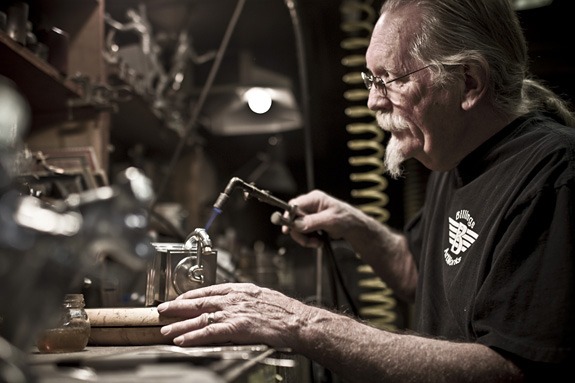 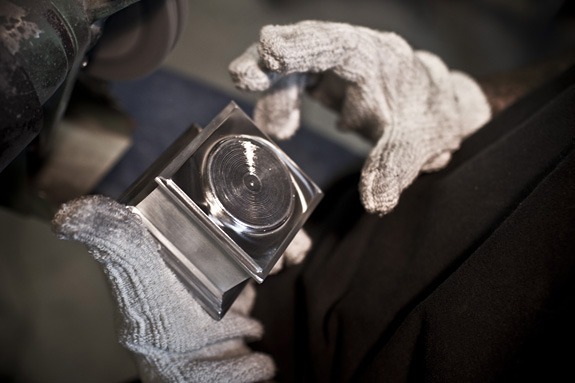 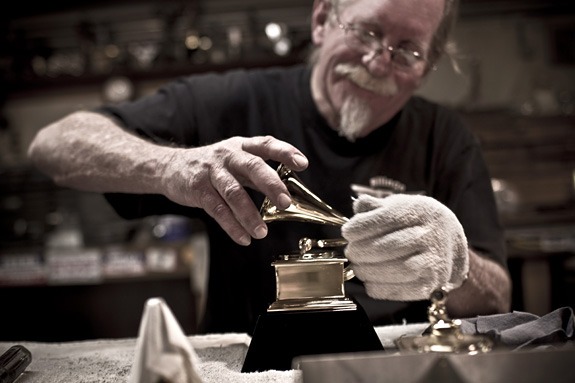 Read more about Made in America, small businesses.